In a more dovish statement, the Bank of Canada maintained its target for the overnight rate at 1.75% for the tenth consecutive time. Today’s decision was widely expected as members of the Governing Council have signalled that the Bank still believes that the Canadian economy is resilient, despite the marked slowdown in growth in the fourth quarter of last year that has spilled into the early part of this year. The economy has under performed the forecast in the October Monetary Policy Report (MPR).

In today’s MPR, the Bank estimates growth of only 0.3% in Q4 of 2019 and 1.3%in the first quarter of 2020. Exports fell late last year, and business investment appears to have weakened after a strong Q3, reflecting a decline in business confidence. Job creation has slowed, and indicators of consumer confidence and spending have been much softer than expected. The one bright light has been residential investment, which was robust through most of 2019, moderating to a still-solid pace in the fourth quarter only because of a dearth of newly listed properties for sale.

The central bank’s press release stated that “Some of the slowdown in growth in late 2019 was related to temporary factors that include strikes, poor weather, and inventory adjustments. The weaker data could also signal that global economic conditions have been affecting Canada’s economy to a greater extent than was predicted. Moreover, during the past year, Canadians have been saving a larger share of their incomes, which could signal increased consumer caution which could dampen consumer spending but help to alleviate financial vulnerabilities at the same time.”

The January MPR states that over the projection horizon (2020 and 2021), “business investment and exports are anticipated to improve as oil transportation capacity expands, and the impact of trade policy headwinds on global growth diminishes. Household spending is projected to strengthen, driven by solid growth of both the population and household disposable income.” Growth is expected to be 1.6% in 2019 and 2020 and is anticipated to strengthen to 2.0% in 2021.

Inflation has remained at roughly the Bank’s target of 2%, and is expected to continue at that pace.

Also from the MPR: “The level of housing activity remains solid across most of Canada, although recent indicators suggest that residential investment growth has slowed from its previously strong pace. Demand remains robust in Quebec, where the labour market has been strong. In Ontario and British Columbia, population growth is boosting housing demand. In contrast, Alberta’s housing market continues to adjust to challenges in the oil and gas sector. Nationally, house prices have continued to increase and should strengthen slightly in the near term, consistent with the responses to the Bank’s recent Canadian Survey of Consumer Expectations.”

Bottom Line: The Canadian dollar sold off on the release of this statement and I believe there is a downside risk to the Bank of Canada forecast. Today’s release is a more dovish statement than last month, showing less confidence in the outlook. The Governing Council did express concern that the recent weakness in growth could be more persistent than their current forecast, saying that “the Bank will be paying particular attention to developments in consumer spending, the housing market, and business investment.” They also raised estimates of slack in the economy and dropped language about the current rate being appropriate.

According to Bloomberg News, today’s Governing Council comments “are a departure from recent communications in which officials sought to accentuate the positives of an economy that had been running near capacity and was deemed resilient in the face of global uncertainty. While Wednesday’s decision still leaves the Bank of Canada with the highest policy rate among major advanced economies, markets may interpret the statement as an attempt to, at the very least, open the door for a future move.”

Buying a home can feel like a journey. Whether it’s your first place or 10th, there are so many steps to go through and things you need to know. While you could try to secure financing on your own, at some point you’re going to need the help of a professional. And that’s where a Dominion Lending Centres mortgage broker can help. They are your tightest companion on the road to home ownership.

The banks are cutting back on staff and are centralizing operations to save money. This doesn’t bode well for the consumer. Unlike individual banking representatives, who often move from one branch to another hoping to advance in the corporations, your mortgage advisors work to form lifelong relationships with their clients.

Today, many banks are buying out smaller trust companies to expand their portfolios. Most major banks lend out money through these trust arms at reduced rates. If you just stick with your bank, you lose access to hundreds of other financing arms – including offerings from multiple banks, credit unions and trust companies that may have better rates, products and terms to offer you.

Mortgage brokers get paid by the lenders so their service is offered to you without charge. What else can you ask for? Better rates, personalized service, flexibility and products at no cost to you. Some will say that the fee is built into the payment, but this is not so.

It costs the banks approximately 40 per cent less to generate a mortgage through a broker than a branch, as there is no overhead to pay if the bank doesn’t get a client’s business. Instead, the mortgage broker bears the entire cost of day-to-day business activity. 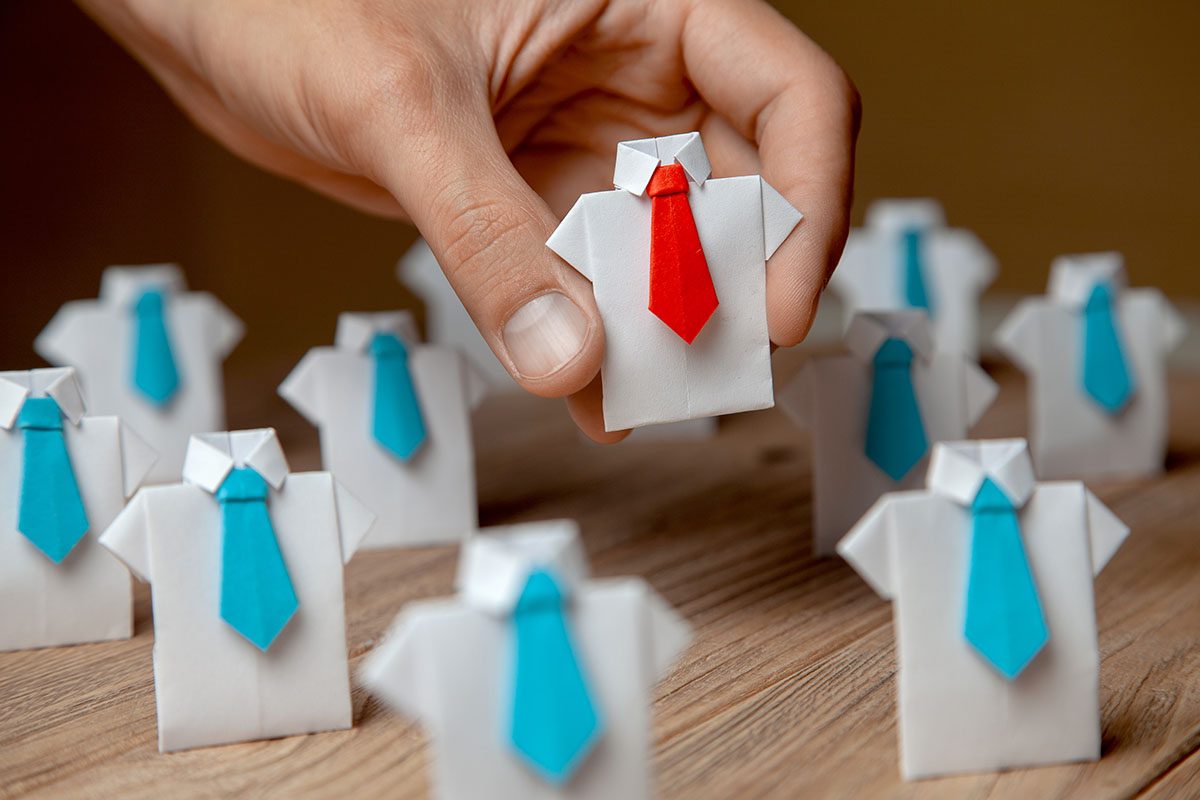 For this notoriously volatile data series, it is particularly true that ‘one month does not a trend make.’ Following last month’s dismal employment report, job growth rebounded in December, erasing almost half of the earlier decline (even more if you exclude transitory factors in November). As well, the unemployment rate reversed much of its November spike, capping the second-best year of job growth since the recession and supporting the Bank of Canada’s view that the Canadian economy is resilient.

Canada’s economy created 35,200 net new jobs in December, bringing the total number of jobs added to 320,300 in 2019, the second-most since 2007. The jobless rate ticked down three basis points to 5.6% and wage gains decelerated to a still-healthy 3.8% from a year earlier.

All of the job creation was in full-time employment in the private sector. Provincially, employment gains in December were led by Ontario and Quebec; British Columbia led declines. Construction jobs increased markedly, with BC and Ontario contributing the most to the rise. Following two months of decline, employment in manufacturing was little changed in December. The trade war has hit manufacturing hard, and even though a trade deal will be signed by China and the US next week, it does not eliminate the bulk of the tariffs imposed in the past year.

In December, BC continued to have the lowest jobless rate in the country at 4.8% (see Table below). Ontario and Quebec are now running neck-in-neck following a period of stronger job growth in Quebec. Atlantic Canada remains in the last place with secularly high unemployment rates–a long-standing situation.

Bottom Line: the December employment report confirms the Bank of Canada’s current policy stance that despite headwinds, the Canadian economy remains relatively resilient and that further interest rate cuts are unnecessary. This assessment can change on a dime in today’s uncertain world, but for now, the central bank is likely to remain on hold. Interest rates have risen in the past six-to-eight weeks owing to market forces. The fourth-quarter GDP growth in Canada has slowed markedly on weakness in consumer and business spending; hence the Bank will be monitoring closely upcoming data. We are forecasting roughly 1.8% growth in the economy in 2020, about in line with the 2019 pace. With very tight labour markets, the output gap has closed, and the economy will run at the longer-run potential growth pace consistent with our forecast.

Canadian consumers appear to be less sanguine about the outlook than economists. In an end-of-year survey for Bloomberg News by Nanos Research Group, 55% of Canadians said there’s at least a “somewhat likely” chance of a recession this year. Only 33% reported a recession is unlikely, with 12% unsure. According to Bloomberg News, ” the downbeat perceptions reflect a pervasive sense of caution that has dogged the country’s households for more than a year and impacted their behaviour.”

Excluding housing, annual growth in total household consumption has averaged 1.1% in real terms over the past four quarters, the slowest pace outside recession since at least 1962. Another sign of cautiousness: savings rates are inching higher and are now at their highest level since 2015.

Bloomberg reports that “there are also indications that consumer worries have levelled off. The results are little changed from a similar poll taken at the end of November. A separate gauge of consumer confidence — the Bloomberg Nanos Canadian Confidence Index — saw a rebound in December from a two-month slide, as stock markets surged at the end of last year and sentiment around real estate recovered.”

Not surprisingly, recession concerns are most pronounced in prairie provinces like Alberta, where almost three-quarters of households see a chance of a 2020 contraction. Alberta has been hard hit by the plunge in oil prices since mid-2014 and is only slowly recovering. A majority of respondents in British Columbia and Ontario are also concerned a downturn is imminent. Quebec was the only province where optimists outnumbered pessimists.

Consumer confidence in the US has also declined, yet the stock markets in both countries continue to post record highs. We are in the eleventh year of economic expansion, the longest expansion on record, although it is not the strongest. Unlike the US, Canada has benefited from a surge in immigration in the past three years, boosting growth.

Canadian housing markets have rebounded considerably from the Jan 1, 2018 imposition of the B-20 mortgage stress tests and fiscal stimulus is likely in the next budget.